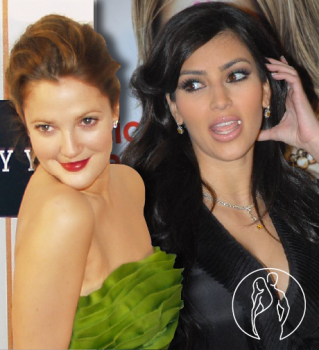 Beauty icons Drew Barrymore and Kim Kardashian know that in order to reveal their best, they can’t do it alone. That is why beyond their usual diet and exercise, they turned to the body tightening and contouring benefits of Emsculpt (a non-invasive, electromagnetic body sculpting device that tightens muscles and eradicates fat cells). Both love and believe in the proven science behind the EMSculpt device, and Drew Barrymore was so impressed by her results that she decided to become an official spokesperson for Emsculpt.

“I love exercising, but after two kids I kept getting injured because I just did not have a core,” Drew explained. “My midsection was like a fish tank and I just kept getting sidelined.” She went on to reveal why EMSculpt became her latest obsession, “I really was looking for something that would allow me to be stronger so I could get stronger…I really wanted to get to a place of strength so I could have the second half of my life be more athletic than the first half was. I want to be able to chase my kids around and be a full-time mom and have my career”. With EMSculpt’s scientific studies reporting a 19% increase in muscle thickness and 19% reduction in fat, it’s no wonder why Drew was so relieved and excited that she found something to help her reach those goals. “I felt immediately different, and it looked immediately different”, Drew said.

Kim Kardashian also showed that EMSculpt is part of her beauty and fitness regimen in Season 17 Episode 3 of Keeping Up With The Kardashians. During the 30 minute EMSculpt session, the device contracted her abdomen 20,000 times! That’s equivalent to 20,000 crunches in the time it takes someone to eat lunch. This is possible due to the newly discovered and proven high intensity focused electro-magnetic (HIFEM) technology. The EMSculpt device is the first to take advantage of this new breakthrough in body sculpting.

Still skeptical about this new technology’s effectiveness even though Drew Barrymore, Kim Kardashian, and many other celebrities like Hailey Bieber use it regularly? Take a look at this study among hundreds of others that illustrates the satisfaction of people who decided to take the leap to a better body with EMSculpt. “In total, patients initially dissatisfied with the appearance of their buttocks reported a significant 85% improvement [in satisfaction] after the fourth treatment. Immediately after the fourth treatment, all the subjects reported that their buttocks felt more lifted and toned.”

EMSculpt is distinct among the waves of “miracle” beauty and fitness “breakthroughs”. With hundreds of studies from highly acclaimed research facilities, they all show that the HIFEM technology behind EMSculpt has real results for a better, tighter body. That is why the professionals at Reveal Medispa in Boca Raton, FL promote and use the EMSculpt device, because of its proven and efficient results in body sculpting. They are here to reveal your very best, all it takes to get started is a free consultation with one of these professionals. So just like Drew Barrymore who said “I just want to feel empowered and good about myself”, take the step into this new technology to reach your fitness and beauty goals.

Take the next step to a better you.